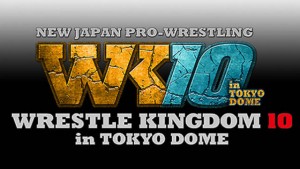 Jason and Greg review part 2 of the New Japan “Wrestlekingdom 10” iPPV from January 4, 2016 at the Tokyo Dome in Tokyo, Japan, talking the following:

* Greg on why he was more favorable to the Ishii-Shibata NEVER Title match than previous Ishii matches
* Discussion on the greatness of the Styles-Nakamura match
* Greg pours out his heart and soul on the Okada-Tanahashi main event and why in his mind, its one of the greatest rivalries in pro wrestling history
* A look at the fallout from Wrestlekingdom 10 with the New Year’s Dash show the next day and the news that Gallows, Anderson, Nakamura and Styles are leaving New Japan to go to WWE