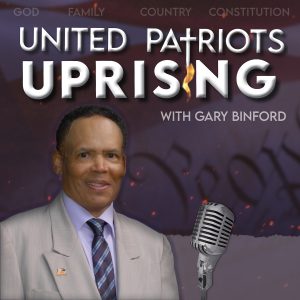 A child star with more than 60 years in the entertainment industry, Morgan takes us back to Hollywood’s patriotic glory days, then brings us up to date chronicling the industry’s Communist-fueled hard-left turn. Speaking about her obsessive star-driven “stage mother” when Suzanne Cupito was a child actress; being figuratively scared to death by Alfred Hitchcock while filming “The Birds;” learning hard but valuable lessons from Lucille Ball on the “Yours, Mine and Ours” movie set; playing Opie’s (Ron Howard) first girlfriend on “The Andy Griffith Show;” reinventing herself as Morgan Brittany as an adult; how trying to kill Bobby Ewing (Patrick Duffy) three times on the iconic TV series, “Dallas,” carried over into her personal life; why God was her only protector; exposing the “casting couch’s” stark reality; the price she paid for rejecting roles when Hollywood turned against morality; to eventually co-owning, with Ann-Marie Murrell, the conservative website “PolitiChicks,” Morgan is enlightening and entertaining.