If you’re seeking to be entertained and educated while you become your genuine, authentic best self, The Jim Fannin Show is your weekly, go-to place to be.

Jim Fannin is America’s ZoneCoach®, coaching more champions in sports, business and life than anyone on earth for over 40 years. As one of the world’s foremost thought leaders, he is more than a life, business or sports coach. He is a “change your life” coach. With the ONLY proven blueprint for attracting the Zone mindset, Jim has helped transform millions of people’s lives by providing proven tools and techniques to create simplicity, balance and abundance.

Mr. Fannin has 40+ years of professional coaching, consulting and public speaking experience. He has coached 1000+ professional athletes from 10 sports and tens of thousands of individuals and hundreds of companies from 50 industries in peak performance. All have set personal records. Many have set team, industry or world records. 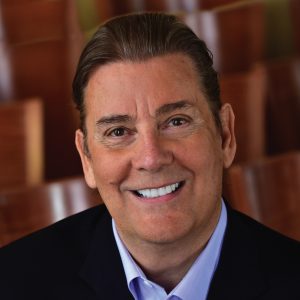 Each week, Jim will focus the show on the peak performance mindset called the Zone. With his vast experience working with the best of the best, Jim will deliver the goods on who’s currently IN the Zone, who’s NOT and how you can find your own Zone pathway to success.

Jim’s client list reads as a “who’s who” list and his in-depth experience with their accomplishments are what set The Jim Fannin Show apart.

Jim Fannin has personally coached (to name a few):

Want to know how to attract the Zone? Download weekly to discover the pathway to your untapped potential as Jim guides you through the intricate process of peak performance. Listen, learn and be entertained as America’s ZoneCoach, Jim Fannin reveals his 40-year secrets of success.

If you have any questions, comments, or requests for a topic you would like Jim to discuss, e-mail Jim directly!

Listen to The Jim Fannin Show archives on Radio Influence or subscribe to the podcast on Apple Podcasts, Stitcher, TuneIn Radio, and Google Play!